Two powerful yet forgotten Australian stories uncovering our past to reveal who we are today, performed by award-winning ABC presenter & performer, Joel Carnegie, acclaimed Gunditjmara actor, Tom Molyneux and members of the The Bega District Brass Band.

Warnings: Adult themes, occasional coarse language, smoke haze, and scenes depicting war and violence. ‘The Mission’ contains depictions of – and reference to – Aboriginal people who have passed away. It also describes confronting content in relation to the massacre, dispossession, and mistreatment of First Nations Peoples

STARDUST tells the story of bandleader and trumpet player, Col Brain. Before he died, Col placed his most prized life possessions into a cupboard and locked it up, never to be opened again. But what was inside?

Told through the eyes of his grandson – award winning ABC presenter & performer, Joel Carnegie – herein lies the discovery of a time capsule of Australian musical life, in a heart-warming quest to uncover what Col wanted us to know about his life by the things he left behind. THE MISSION follows the journey of “Fighting Gunditjmara” man, Allan McDonald – one of the first Aboriginal soldiers from Victoria to enlist for war. He fought at Gallipoli and Beersheba, only to be denied a soldier’s settlement on his ultimate return to Australia and forced from his land at the Lake Condah Mission.

This captivating and rollicking story, told by his great, great nephew, Gunditjmara man Tom Molyneux, tells the truth of Uncle Allan’s struggle; fighting for Country, for love, and for justice. 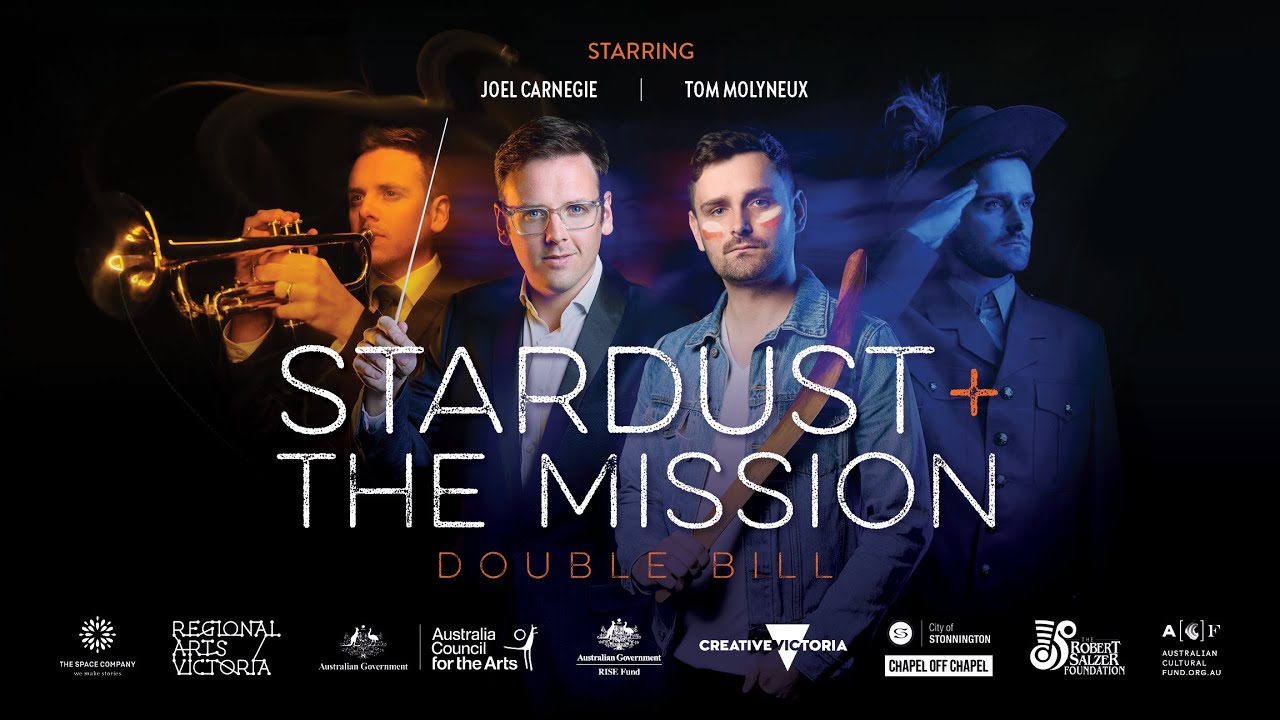 This project is proudly supported by Regional Arts Victoria, the Victorian Government through Creative Victoria, Playing Australia and the Restart Investment to Sustain and Expand (RISE) Fund – an Australian Government initiative.